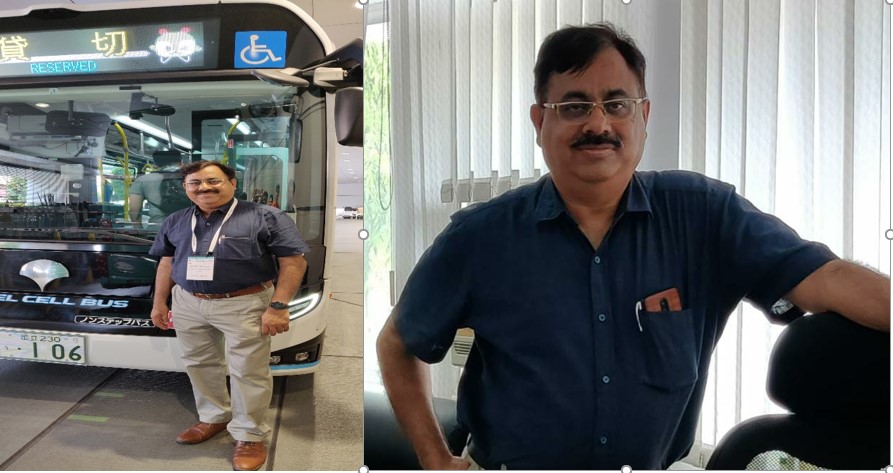 Mr. Alok Sharma joined IndianOil R&D as Chemical Engineer and is a M.Tech in Chemical Engineering from Indian Institute of Technology Delhi. He was also the member of first batch which completed the Hybrid Management Program from U21 Global Singapore. He has over 30 years of experience in R&D and Refinery in the areas of Process, Projects and Production. He went to Gujarat Refinery on deputation and has worked for three years in India’s First Hydrocracker Unit from 1994-97.  Upon return from JR, he worked towards conceiving in establishing the Hydroprocessing lab and Resid Block at IndianOil R&D.

In 2001, was associated for development of Food Grade Hexane Technology and was part of commissioning of the FIRST technology from IndianOil R&D. He worked in Hydroprocessing division till 2009-10 and assigned a new area Alternative Energy Department in 2010-11. He has been instrumental in setting up Gasification, Hydrogen and Fuel cell related facilities at R&D. He also looked after solar and Battery group during 2015-2019.  Since 2020 onwards he was given the additional responsibility of IP Cell. Mr. Sharma, has guided two PhD scholars and also successfully mentored two startups in the area of alternative energy.

He received ICMA Award 2002 and World Petroleum Congress Excellence Award 2008 for Indigenous Hydroprocesing Technologies. Mr. Sharma was also selected for Prestigious Endeavour’s Awards in 2009 and went to CSIRO, Melbourne on Commonwealth Scholarship. He has also won the prestigious FIPI Innovation award and CHT Innovation award for 2014 for Commercialization of Co Processing Non Edible Oils in DHDT. During his tenure, In 2020 and 2021,  the IP cell of IOC R&D also won the prestigious Clarivate Top Innovate Award. He has over 50  publications and 16 granted  patents in his name.